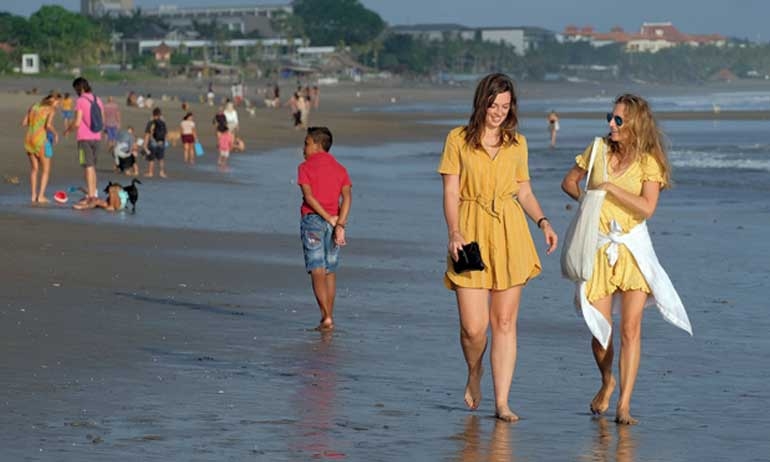 Tourism and Creative Economy Ministry is mulling over the possibility of establishing travel bubbles with neighboring countries in a more local scope to accelerate the rebound of  the pandemic-hit tourist industry, the ministry’s official has said. The ministry’s undersecretary for infrastructure and destination development, Hari Santosa Sungkari, said on Aug. 7 that the government’s plan to establish travel bubbles may not be between countries as previously floated, but rather between a country and provinces or specific tourist destinations. “We are drafting the travel bubble policy, which I assume wouldn’t be between countries. It may be between country A with Bali, or even between regions,” he said during an online press conference.

Government officials previously talked about the possibility of creating a travel bubble, which would allow free movement within the areas included in the bubble, between Indonesia and China, South Korea, Japan and Australia, despite the sustained upward trend in the number of COVID-19 cases in the country that reached 125,396 cases as of Sunday.

Indonesia’s tourist industry has been severely impacted by travel restrictions during the pandemic, which wiped out Rp 85 trillion (US$5.87 billion) in tourism revenue so far this year, according to an estimate by the Indonesian Hotel and Restaurant Association (PHRI). Meanwhile, foreign tourist arrivals to Indonesia plummeted 59.96 percent to 3.09 million in the first half of the year, Statistics Indonesia (BPS) reported. As the industry’s woes continue, the government recently allowed some tourist destinations to reopen to visitors in its effort to curb further losses.

The country’s major tourist destination, Bali, welcomed an estimated 4,000 domestic tourists on July 31, when tourism was reopened to the public, according to state-owned airport operator PT Angkasa Pura I (AP I). Bali is also planning to open its borders to international tourists on Sept. 11. Despite the government’s effort to lure foreign travelers, Hari projected that travel demand for foreign visitors would remain under pressure for the next few years. “Our foreign tourists arrival estimation in 2020 stands between 2.8 million and 4 million visitors, a far cry from our initial target of 18 million. We think it will take until 2024 or 2025 for the industry to fully recover and we could reach this year’s initial target,” he said.