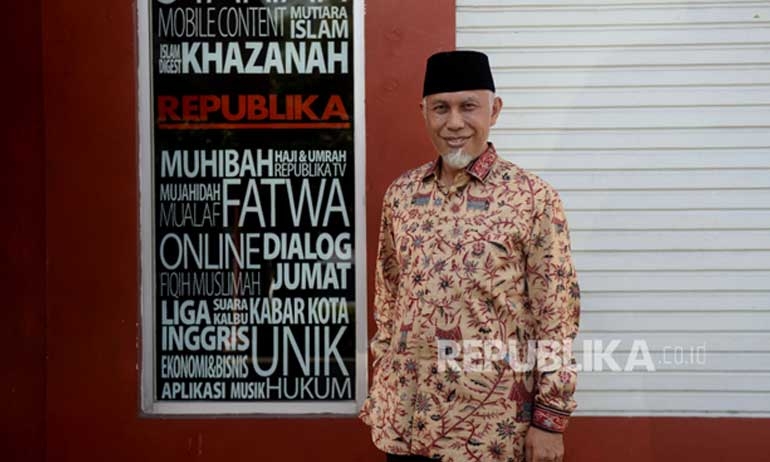 The Governor of West Sumatra, Mahyeldi, said that West Sumatra was committed to attracting support from all elements of society to implement sharia economics (eksyar) in the Minang region. According to Mahyeldi, this commitment is in accordance with the direction of the President of the Republic of Indonesia as Chairman of the National Committee for Islamic Economy and Finance (KNEKS) regarding the development of the huge potential of Islamic finance in Indonesia. "For the people of West Sumatra, both in the realm and overseas, we hope for support, participation, synergy and collaboration for the implementation of Islamic finance, especially the conversion of Bank Nagari Syariah. Hopefully, West Sumatra with the ABS-SBK philosophy and the Islamic economic pilot in the country can offer the best for Indonesia," said Mahyeldi, Monday (29/11).

Mahyeldi explained the opportunities, strategies and obstacles to the implementation of Islamic economics in West Sumatra. According to him, with the largest Muslim majority in the world, the development of a sharia economy in Indonesia has become a necessity. Likewise, West Sumatra, with a population of 95 percent Muslim who has the local wisdom of ABS-SBK, should fully support the national program. "The potential and opportunities are huge, but there are bound to be obstacles, namely the uneven understanding of the community about the implementation of sharia. For this reason, it is necessary to continue to socialize, including through talk shows like this," said Mahyeldi.

He hopes that through socialization in various activities and media that will continue to be carried out, it will enrich the literacy and insight of the people who actually already have the basic philosophy of ABS-SBK. Mahyeldi added, several steps for the implementation of the sharia economy have been started since 2010. Starting from the existence of a sharia cooperative, Baiyul Mal watamwil (BMT), then it continues to grow with the growth of sharia BPR until now until the stage of converting regional development banks into sharia banks. He also guarantees that the Islamic economic system is also investor-friendly. Even many countries in Europe today, according to Mahyeldi, have started to implement a sharia economic system, such as the UK, France and Germany. "Sharia economy is investor-friendly. We have established communication with the ambassadors of several countries, we are preparing projects that can be collaborated, especially agriculture and trade," Mahyeldi added.