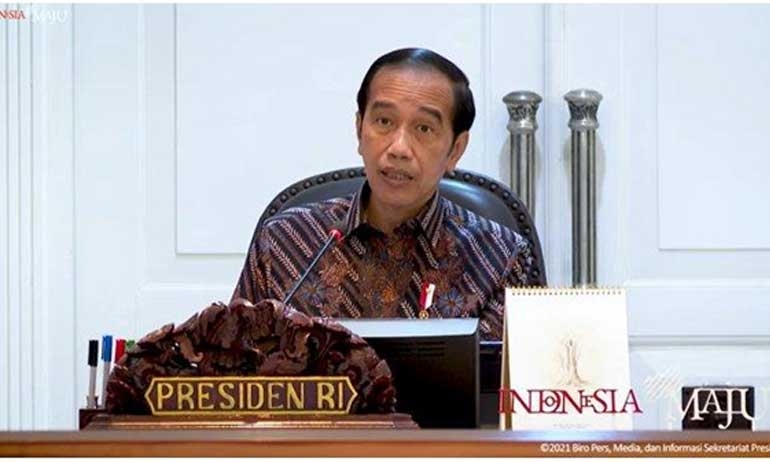 "We will continue to carry out the government's commitment and my commitment to the agenda of structural reform, deregulation, and debureaucratization," said Jokowi. Even so, the former Governor of DKI Jakarta ensured that the Job Creation Act would still be in effect during the repair period. He emphasized that this applies to all articles. Thousands of workers who are members of the KSPI, KSPSI, SPSI alliance held a demonstration against the Omnibus Law on the Job Creation Law, in the Horse Statue area, Central Jakarta, Thursday (25/11/2021).

Previously, the Confederation of Indonesian Trade Unions (KSPI) stated that the enactment of the Job Creation Law after the Constitutional Court's decision was limited. KSPI's attorney, Said Salahudin, explained that this was stated in the seventh ruling. In the decision, there are two substances regarding the restrictions on the application of the Job Creation Law. First, the Employment Creation Law applies but cannot issue new policies that are strategic and have a broad impact.

Second, suspending the provisions of the Job Creation Law and its derivatives, which are strategic in nature and have a broad impact. The suspension delays the application of existing points. "If it is strategic in nature and has a broad impact, then it must be suspended, whether (it) is suspended, the implementation is postponed," said Said Salahudin. For information, the seventh decision of the Constitutional Court stated that it is necessary to suspend all strategic and broad-impact actions/policies, and it is not permissible to issue new implementing regulations related to Law Number 11 of 2020 concerning Job Creation (State Gazette of the Republic of Indonesia of 2020). Number 245, Supplement to the State Gazette of the Republic of Indonesia Number 6573).