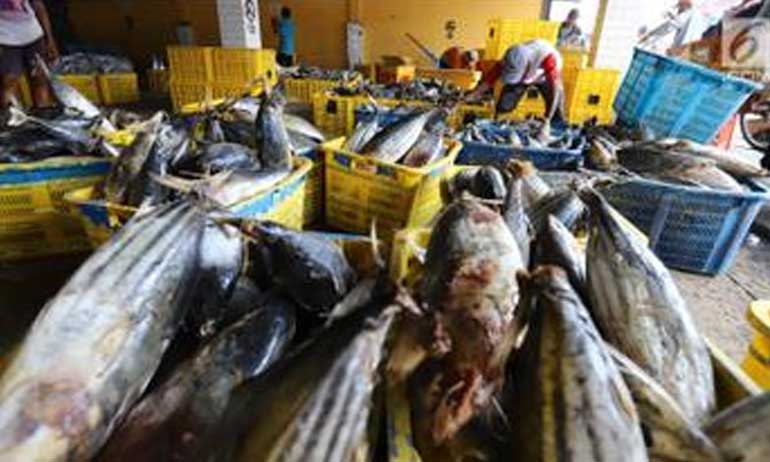 The Ministry of Maritime Affairs and Fisheries (KKP) noted that capture fisheries production at fishing ports showed a positive trend in the midst of the Emergency Community Activity Restrictions (PPKM) period. Director General of Capture Fisheries Muhammad Zaini said, fishing ports are an important point to support the food sector.

Fishery products are one of the high protein food ingredients to maintain and strengthen people's immune systems. "Although Emergency PPKM is carried out in Java-Bali, we continue to urge all fishing ports in Indonesia to continue to implement health protocols. Not only for business actors and fishermen, also to maintain the hygiene of fishery products caught by fishermen," said Zaini quoted by Liputan6.com on the official website kkp.go.id, Sunday (11/7/2021).

For example, the Nizam Zachman Jakarta Ocean Fishery Port (PPS), which is a fishing port in the capital city, shows a trend of increasing capture fishery production. In the first semester of 2021, the total production reached 85,943 tons or Rp. 1.782 trillion. "Here, industrial-scale fishing vessels dominate with fish caught for domestic consumption and export. The superior products include squid, tuna, kite fish and skipjack tuna," said Head of PPS Nizam Zachman Jakarta, Bagus Oktori Sutrisno. Meanwhile, capture fisheries production at the Brondong Archipelago Fisheries Port (PPN) in Lamongan, East Java also shows that the economy continues to run. The dominant fish that landed were kurisi, kuniran, cotton-cotton, red snapper, grouper, catfish, swanggi, and squid. Per day the number of ships that carry out fish unloading is 50 units with an average of 100-150 tons of fish being landed. "In the first semester of 2021, the total production reached 24,334 tons or Rp. 437.17 billion. Fishing vessels operating at PPN Brondong are dominated by the size of 10-30 GT, although not a few fishing boats are less than 10 GT," said the Head of PPN. Brondong, Ibrahim.

While outside Java, positive things can be seen from the results of capture fisheries production at PPS Bitung, North Sulawesi. The total fishery production, which is dominated by tuna, skipjack, kite and tuna, reached 23,534 tons in the first semester.

In addition, Bitung PPS Head Tri Aris Wibowo noted that the production value in the first semester of 2021 reached Rp 559.13 billion. "Although in the midst of a pandemic, economic activity has not faded. In addition to supporting the food sector, we hope that we can also contribute to the national economic recovery," concluded Tri.