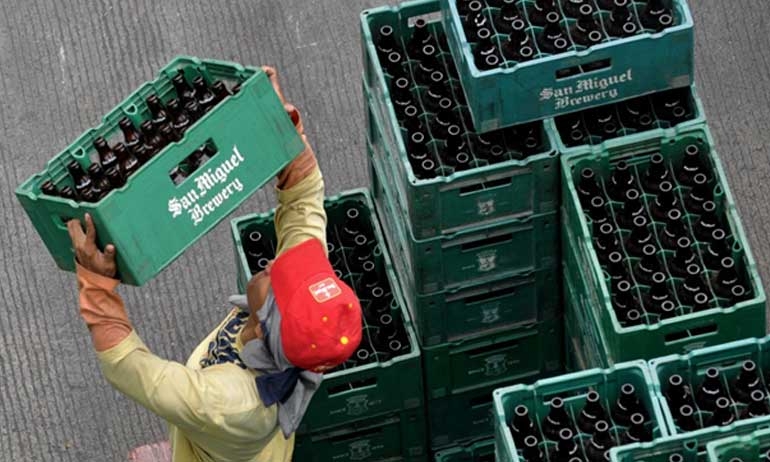 Powerful Muslim organizations and Papuan political figures have successfully lobbied the government to revoke new investment rules meant to spur liquor, wine and beer industries in Indonesia, the world’s largest Muslim-majority country. Indonesia’s two leading Muslim organizations, Nahdlatul Ulama (NU) and Muhammadiyah, the influential Indonesian Ulema Council (MUI) and various Papuan leaders, among other political figures, pushed President Joko “Jokowi” Widodo to repeal the rules on Tuesday, just one month after they had been passed. Jokowi specifically announced the revocation of three provisions in the third appendix of Presidential Regulation No. 10/2021 that enable investments in the alcoholic beverages industries in Bali, East Nusa Tenggara, North Sulawesi and Papua. The provisions allow governors of other provinces, with the approval of the head of the Investment Coordinating Board (BKPM), to open their respective regions for investment in this field. “Having received input from ulemas of the MUI, NU, Muhammadiyah and other mass organizations, as well as from the regions, I announce the decision to repeal the appendix to the presidential regulation regarding investments in the alcoholic beverages industry,” said Jokowi in a video published on Tuesday.

The decision comes a month after Jokowi signed the regulation on Feb. 2 as a derivative of 79 laws overhauled by the landmark Job Creation Law that is meant to attract investment to Southeast Asia’s largest economy to spur economic growth. Amid the COVID-19 pandemic, overall realized investment in the country grew a mere 2.1 percent to Rp 826.3 trillion (US$57.8 billion) last year. That growth rate was much lower than the 12.2 percent achieved in 2019. The booze industry also took a hit from the pandemic, as reflected in a steep decline in state revenue from the alcoholic beverage excise, which was down 15.18 percent year-on-year (yoy) at around Rp 250 billion in January. BKPM head Bahlil Lahadalia said the presidential regulation was meant to promote the development of local alcoholic beverages, such as sopi in East Nusa Tenggara and arak in Bali. He noted that the government had issued 109 permits for alcoholic beverage businesses in 13 provinces so far and that no additional investors had expressed interest in the industry yet. “If we withdraw the provisions in the third appendix now, I think it has no extraordinary systemic impact yet,” Bahlil said during a virtual press conference. However, Center for Indonesian Law and Policy Studies (PSHK) researcher Agil Oktaryal, a specialist in constitutional law, pointed out that, even though Jokowi had announced its revocation, the presidential regulation would remain legally valid until the government issued a revised regulation as required by Law No. 12/2019 on the drafting of new regulations. “What the President did was just deliver a statement as the head of government, which means that, legally, the presidential regulation has not been revoked,” he told The Jakarta Post via text message on Wednesday. In Muslim-majority Indonesia, the consumption of alcoholic beverages is mostly tolerated, particularly in tourist spots and areas where it is considered part of the local tradition.

However, distribution and public consumption is still subject to close scrutiny by religious groups and by authorities in parts of the country where excessive and disorderly consumption has become a public nuisance. “It is wise for President Jokowi to pay attention to the public’s response and revoke the addendum to the presidential regulation regarding alcohol investment,” NU chairman Robikin Emhas told the Post. Robikin is also an expert staff member to Vice President and former MUI chairman Ma’ruf Amin. Despite being a close ally of the President and a key Jokowi backer in the 2019 general elections, the NU, Indonesia’s largest Muslim organization, had firmly rejected the government’s decision to open such investment, as alcohol is forbidden in Islam. “Because religion strictly prohibits it, government policies should suppress alcohol consumption, not encourage it,” Said Aqil Siroj, another senior leader of the NU, said in a statement on Monday.

Concurring with the NU, Muhammadiyah, the country’s second-largest Muslim group, had strongly objected to the issuance of the regulation, arguing it could cause health problems, moral decay and increased crime. “The government should not [issue] policies that only prioritize economic aspects and ignore the noble aspects of the nation’s culture and religious teachings,” the group said in a statement. The head of MUI’s fatwa commission, Asrorun Niam, said he hoped the revocation was an affirmation of the government’s commitment to involve all interested stakeholders, including civil society organizations, in drafting and reviewing regulations. “This provides momentum for improvement and to emphasize our position for the benefit of the public. This is also a lesson that, in drafting legislation, it is necessary to involve a wide range of relevant stakeholders,” he told a press conference.

Separately, Papua’s provincial secretary Doren Wakerkwa and Regional Legislative Council (DPRD) chairman Jhony Banua Rouw also reportedly opposed the new investment rules, arguing that they contradicted Bylaw No. 15/2013 that bans the distribution and sale of alcoholic beverages in the province. However, Pingkan Audrine Kosijungan, a researcher at the Center for Indonesian Policy Studies (CIPS), refuted claims that the regulation would serve to promote alcohol consumption. She said both the consumption and distribution of alcoholic beverages in the country were still well restricted by provisions in Presidential Regulation No. 74/2013 and Trade Ministry Regulation No. 20/2014. “This presidential regulation opens up an opportunity for new sources [of income to support] the economy, jobs and state revenue, since the domestic industries that produce it are bound by government regulations, such as the obligation to pay taxes,” Pingkan said in a statement, hours before Jokowi’s announcement.